A place to make recommendations of sci-fi books. I would personally love to hear about more books to read as I haven't read much sci-fi before.

Saga of the Well World series by Jack L. Chalker

Sorcerers of Majipoor by Robert Silverberg

Flowers for Algernon by Daniel Keys

Oryx and Crake by Margaret Attwood


The Hitchhiker's Guide to the Galaxy Adam Douglas


will let you know when I remember more

Good grief, that's big list!
I'll add:
"Childhood's End" by Arthur C Clarke
"The Chrysalids" by John Wyndham (though the cover art was admittedly terrible....).
"The Girl With the Silver Eyes" by Willo Davis Roberts always struck me as sci fi-ish though technically I'm not sure if it counts
"This Time of Darkness" by HM Hoover is more geared toward kids but it was a great sci fi story...loved it

Havent read that much Sci fi, but most sci fi I read is post apocalypse.. or like 80% at least

zombies are scifi, not F

I second Hitchhiker's Guide to an infinite degree. If I could preform necromancy, first on my list is Douglas Adams.

Oh I've actually read Hitchikers Guide. I think that's one of the only sci-fi I've read.

well in that case, you've got some stuff to choose from

P.S. I also heard lots of good stuff about "The Saga of Pliocene Exile" by Julian May... never read it myself... but one day it should definitely come...

I would definitely recommend any of Isaac Asimov's robot stories. I loved those as a kid. 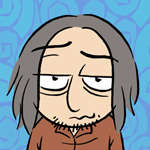 I've yet to read that. My life will be too short to catch up with all the reading I've yet to do. Drat.

"Insults are effective only when emotion is present." - Spock

olivia_the_vulcan wrote:I need to read Asimov. I've been holding off for years because of all the fantasy I read. I actually prefer to watch Sci-Fi and read Fantasy.. I'm odd

I'd watch it all if I could. I always fall asleep any time I try to read. Just like a grandad. Embarrassing.

Also: The Tower and the Hive Series by Anne McCaffrey was awesome. The first book is called the Rowan.

SJFaerlind wrote:Also: The Tower and the Hive Series by Anne McCaffrey was awesome. The first book is called the Rowan.

Dragon's Egg by Robert L. Forward ; Grass by Sheri S. Tepper; New Sun series by Gene Wolfe; A Fire Upon the Deep and A Deepness in the Sky by Vernor Vinge;

The Dream Merchant. Review in the reviews section.

SJFaerlind wrote:Also: The Tower and the Hive Series by Anne McCaffrey was awesome. The first book is called the Rowan.

Is that scifi? I thought she was fantasy author...?

Tower and the Hive is unquestionably sci fi! Even her Pern series has major sci fi elements in spite of the dragons... it`s a difficult series to classify actually: like Star Wars

I'd scip McCaffrey , but that's just me